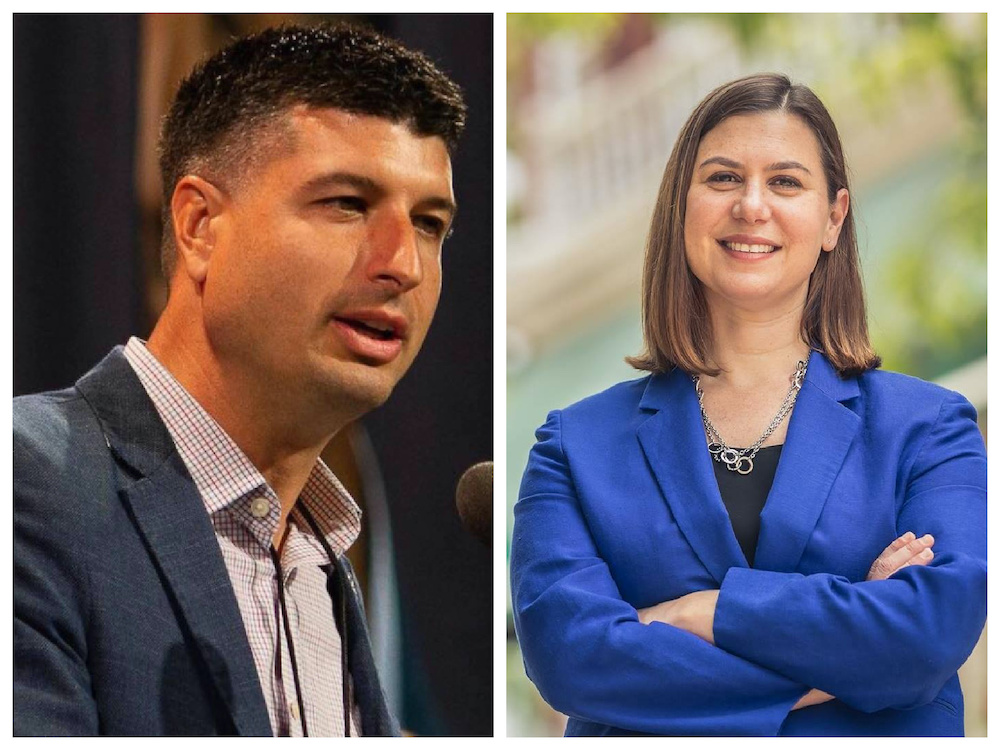 Editor's note: Stories like this will still occasionally be posted on Deadline Detroit.

The poll shows 59 percent of those surveyed favor abortion rights while only 35 percent are anti-abortion. Another 6 percent are undecided. Thirty percent of Republicans in the poll favor reproductive rights.

"The woman’s issue is certainly playing a part in this race," Sarpolus said. The poll has an error margin of plus or minus 4.5 percentage points.

Slotkin, 46, has left the abortion issue in her district to the National Democratic Party, which has been clearly pro-rights. At the same time, she's attacked Barrett, 41, for removing on his website his support for a no-exceptions abortion ban.

Millions of dollars are expected to be spent on this key race, with Republicans hoping to flip the seat in their bid to take control of the House. The newly drawn district includes the Lansing region, Livingston and Shiawassee counties, and a small slice of southwestern Oakland and Genesee counties.

Slotkin, of Lansing, is a former intelligence officer and acting assistant defense secretary who was first elected in 2018.  Barrett, of Charlotte, previously served in the state House.

Sarpolus says the poll also shows that Barrett "is not very well liked," with 45 percent having an unfavorable opinion, compared to 32 percent who have a favorable one. Additionally, 23 percent said they never heard of him or had no opinion.

Sarpolus said Barrett isn't likely to benefit from Dixon's spot on the top of the ticket. The survey shows her with a favorability rating in the 7th District of 28 percent, compared to 51 percent who view her unfavorably. Another 21 percent had no opinion.

That compares to incumbent Gov. Gretchen Whitmer who has a favorable rating of 52 percent, compared to an unfavorable one of 44 percent. Another 4 percent had no opinion.

"Slotkin is not dependent on Whitmer because she's doing better than her in the district," Sarpolus says.

'The Week That Was:' Why Police Have Groups Like the 'Scorpion Unit'

'The Week That Was:' Is Michigan Gov. Whitmer Presidential Material?

'The Week That Was:' Is the Ilitch Group Trying to Take Taxpayers For Another Ride?