Ah, the inexplicable mystery of romance. (Photos: University of Michigan)

The posted trove of back-and-forth messages with the unidentified woman from Sept. 2, 2019 to Dec. 3 last month show them sharing getaway plans, double entendres, fondness, reading recommendations and a story titled "Sexual Fantasies of Everyday New Yorkers." Schlissel, now 64, and his lover used umich.edu email addresses for the personal messages, in addition to a few sent from his personal gmail account.

The woman, whose name is redacted, is designated as Individual 1.

Depending on how one feels about boss-subordinate relations that aren't coercive, the affectionate banter is either cringe-inducing or charming in a rom-com way -- though these two seem a far cry from Tom Hanks and Meg Ryan. The paramours tease and titillate like a younger pair smitten by the blush of secret romance.

"I didn't know you went to HBS [Harvard Business School]," Schlissel emails in October 2020 after she shares an article from there. "I'm smarter than I look," she replies.

In November 2020, Schlissel shared a Shakespeare sonnet that includes: "In me thou see'st the glowing of such fire." Last June, he messaged: "Love can come at any time in life, and it's beautiful and joyous whenever it does."

Sexy playfulness appears when Schlissel forwards a Pizza House menu "to whet your appetite and tell you what's for dinner too."

"Lonely," Schlissel says last September, referring to a cancelled dinner. Earlier, the university leader -- a medical doctor who earns $927,000 a year -- appropriates students' jargon: "I'm so there," he replies to a message that says "I know a bistro" in Paris. 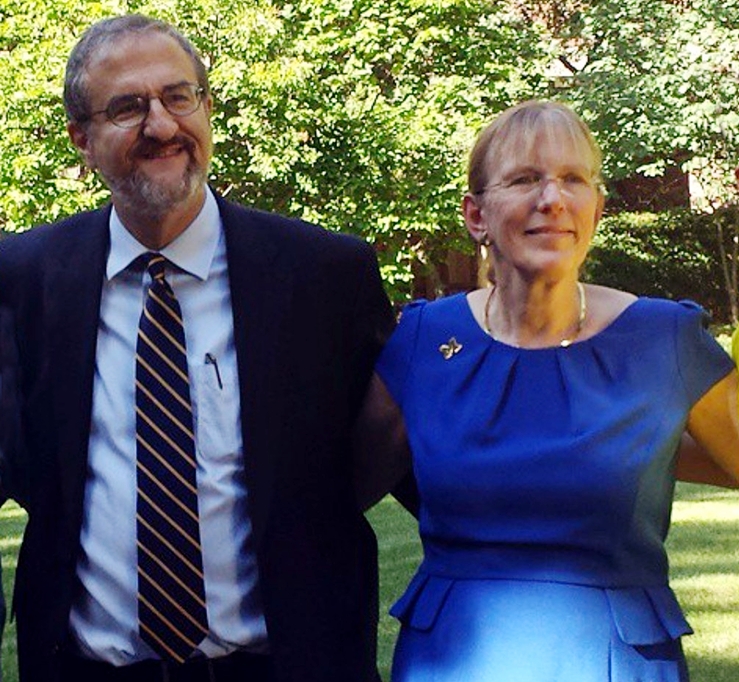 Mark and Monica Schlissel on campus in August 2014, a month after he became president. (Photo: John Li/Instagram)

As with any couple, food is part of the mating dance. The two years of online correspondence include talk of knishes (above), calzones, a New York Times recipe (Spinach and Chermola Pie), and takeout samosas, chicken korma and garlic naan from Cardamom Restaurant on Plymouth Road in Ann Arbor.

Schlissel has four children with Princeton graduate Monica Schwebs Schlissel, a 65-year-old environmental and energy law attorney now living near San Francisco in Moraga, Calif. His affair appears not to have been totally clandestine, as the emails refer to public appearances together at campus events and joint travel.

Here are samples of their online correspondence from a 118-page PDF posted by the university board:

MY = miss you (just in case you wonder). 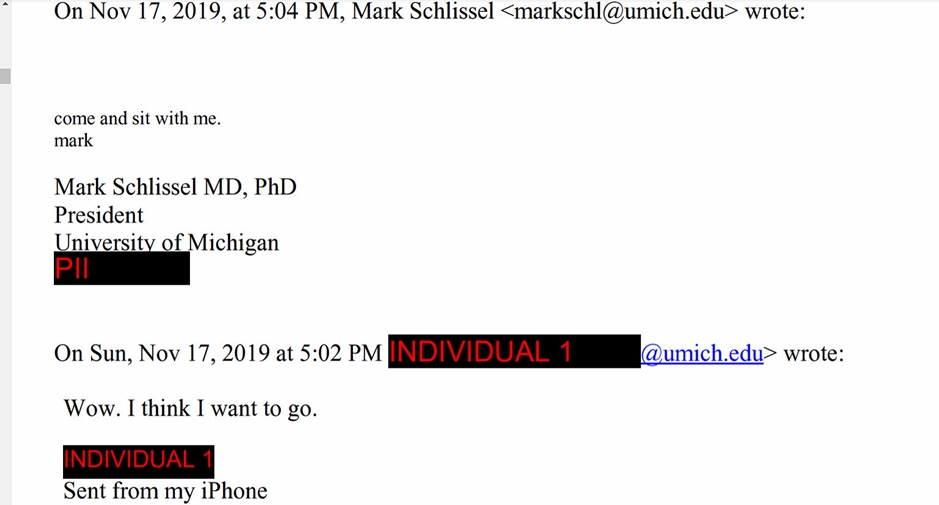 They discussed attending a campus presentation by Safa Al Ahmad, a Saudi Arabian journalist and documentary filmmaker honored by U-M.

Schlissel was seated at courtside for a Wayne State exhibition basketball game last fall, but his special friend was bumped elsewhere. U-M won 87-54.

Even a university president slips by typing "compliment" instead of the correct "complement" in this context.