The writer is a Detroit freelancer.

Mohamed Abdou came to the U.S. for the freedom to be himself.

But the 33-year-old Michigan resident says he continues to be punished for his sexual orientation. In a civil rights complaint recently filed with the federal Equal Employment Opportunity Commission (EEOC), Abdou alleges that he was harassed and fired for being gay by a largely Muslim-run charter school organization — Education Management and Networks (EMAN) — for which he worked as a teacher.

“Where I come from, gays like me get killed,” Abdou said. “I did not come here to get persecuted.” 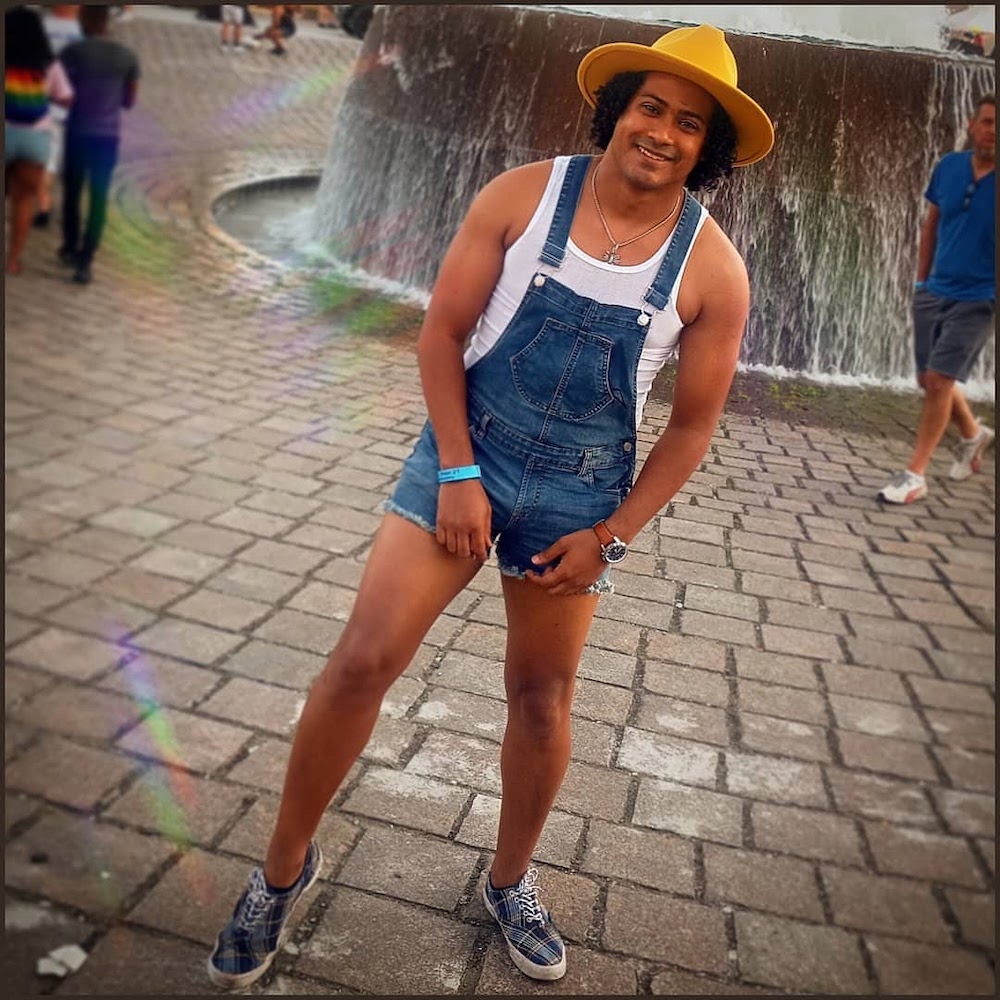 Mohamed Abdou: "I did not come here to get persecuted."

Leadership at EMAN, which runs Detroit’s Oakland International Academy and Hamtramck’s Caniff Liberty Academy, allegedly ordered him to “change who you are,” do more difficult work than other employees, and told him he was a “bad person” and poor role model for kids who might find his lifestyle acceptable. Abdou also charged that a supervisor threatened in front of other employees to have him fired because he is gay.

In October, after nearly two years of employment, Abdou was fired for allegedly talking politics at work. His attorney, however, says the charter school had concocted excuses for firing him.

“They basically said he’s evil for being gay and fired him for that,” said civil rights attorney Jack Schulz. “They discriminated against him.”

School officials didn’t respond to multiple requests for comment and Oakland University, which authorizes the schools, didn’t immediately provide a statement. But in a letter sent to Abdou after his termination obtained by Deadline Detroit, EMAN claimed he had shown kids “inappropriate images” on his phone and used “inappropriate language” in front of them.

Abdou denied those allegations and said the school never investigated any such incidents or provided evidence to support its claims. He said he was treated as a valued teacher and employee until he was outed by a co-worker.

Since the firing, EMAN has protested Abdou’s unemployment claim with the state, alleging that he was fired for “misconduct,” which would disqualify him from payments. Abdou also told Deadline Detroit that a staff member threatened to out him to relatives in Egypt if he filed a lawsuit.

He added that he isn’t afraid of the threat, but, as he awaits the EEOC case, he described himself as deeply depressed over facing similar problems in the U.S. as in Egypt. Abdou arrived here on a student visa and, in 2018, while working towards a master's degree in engineering, he received political asylum because of the torture and threat to his life.

Abdou said he is speaking out about the dismaying turn of events because others like him are afraid of consequences should they be outed. He said he accepts his “cross to bear,” but it’s taking a toll.

“It’s super, super hard for me to get out of bed,” he said. “They found a way to persecute me. It’s better than being killed, but I feel degraded, that I'm less than anybody else.”

Oakland International Academy was so pleased with Abdou’s work after about six months in July 2020 that it offered to renew his contract, he said.

But soon after, the problems would start. In January 2021, a newly hired white teacher didn’t know that outing Abdou as gay would cause him problems, Abdou said, and she gossiped with coworkers, saying that Abdou was on her “gaydar.”

Some coworkers' behavior toward Abdou quickly shifted, he said. Some he tried to interact with would simply walk away, were cold or questioned him about his views on homosexuality. Abdou alerted what he characterized as a sympathetic principal to the issue, and the supervisor talked with other staff.

Though their behavior toward him improved, the principal allegedly also told Abdou to “drop it,” Abdou said. If human resources and EMAN’s founder, Ahmed Saber, learned of the situation, Abdou’s contract wouldn’t be renewed, the supervisor allegedly warned.

Abdou remained quiet, and the school again renewed his contract last July, but weeks later everything changed. The sympathetic principal left the school and was replaced by Mohamed Elnatour, and the school’s other teachers immediately alerted the new supervisor that Abdou was gay, Abdou said. On the first day of the next school year, Elnatour approached Abdou with a threat.

“The first day, I just met the guy, he told me to find another job because he knows I’m gay,” Abdou said. “He said, ‘You won't have a job here as long as I’m principal.’”

Among other issues, Abdou said he was told to stop being gay, told his presence around the kids was a problem and was quizzed on the Koran. That prompted Abdou to send a complaint to human resources, and around this time school leadership and other co-workers began leveling complaints against him, including that he wasn’t paying attention, didn’t follow the dress code, and had discussed politics at work.

Abdou denied the co-workers’ claims, which he said were fabricated to defend his firing. 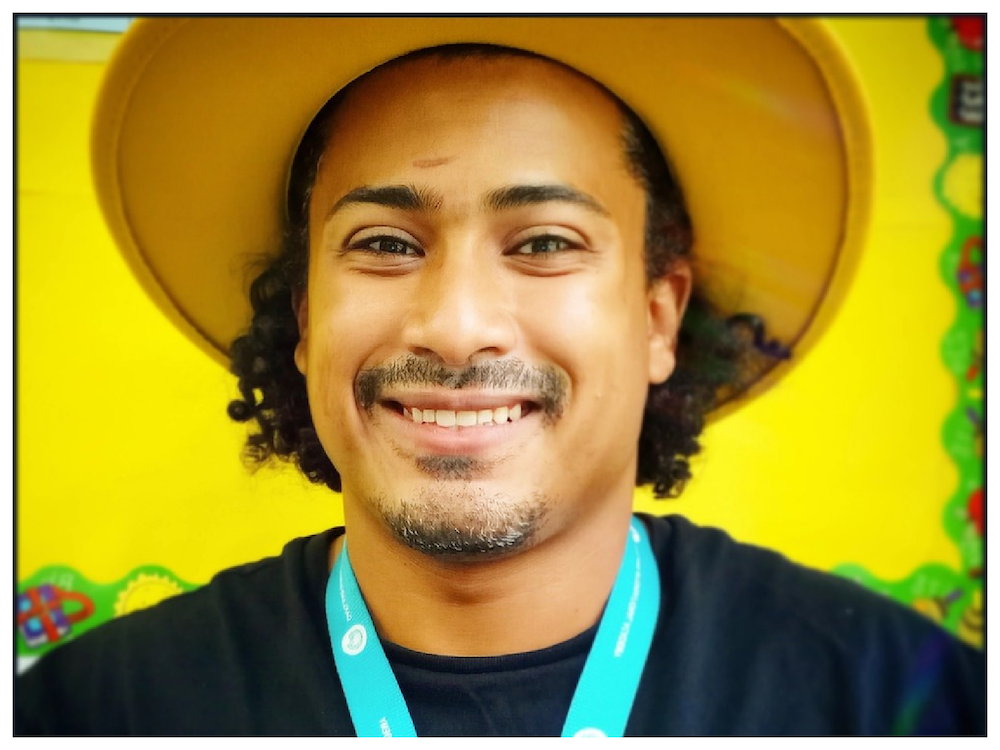 Soon after, EMAN transferred Abdou to Hamtramck’s Caniff Liberty. Abdou alleges Caniff principal Larry Cowger told Abdou that he didn’t want to talk about why Abdou was transferred, then gave him icy treatment.

“Any time I tried to ask him for anything he just looked at me and left – he treated me with such disrespect,” Abdou said.

He alleged that Cowger would visit his room several times weekly, take notes, and say nothing. By contrast, Cowger allegedly only visited other teachers’ rooms twice per semester, and shared his notes with them, Abdou said. He alleged that Cowger made him cover extra lunch shifts, which Abdou viewed as punishment.

The school also asked Abdou to help a teacher manage disciplinary issues in a classroom, then later told Abdou that the kids hated him because he was disciplining them, and used that as part of the grounds for the firing.

“It was like a bait, and I ate it,” Abdou said. “[Cowger] was treating me that way so I would quit.”

After nearly two months at Caniff this school year, human resources informed Abdou that he was fired. Abdou said he wasn’t given clear reasons because he’s an at-will employee, though it later sent the termination letter.

An EEOC charge is a first step toward a federal or state lawsuit, and Abdou also alleges in it that he was retaliated against for filing a complaint with human resources. How Abdou proceeds at the state level partly hinges on the outcome of a Michigan State Supreme Court case that will decide whether civil rights protections are extended to LGBTQ people under the Elliott Larsen Civil Rights Act.

He said the experience has been traumatizing and he’s stunned that he can face such hostility in the U.S. He’s considering seeking work as an engineer and leaving the teaching field, and moving to a more liberal state, like California.

“I lack self confidence, so I dont know what I want to do, and what if my new employer also hates gays?” Abdou asked. “It really hurts because I had to move from Egypt to here to be myself, and I still can’t be myself in America.

“Can you believe that?”