The parents of Oxford High School shooter Ethan Crumbley bought him the gun used in the attack and kept it unlocked in their bedroom drawer, the Oakland County prosecutor said Friday as she announced involuntary manslaughter charges against the pair.

Prosecutor Karen McDonald's afternoon comments revealed a series of glaring red flags that allegedly went unaddressed by James and Jennifer Crumbley, clearing the way for their 15-year-old son to kill four people and wound seven more. They also indicated the school could have done more to prevent the attack. 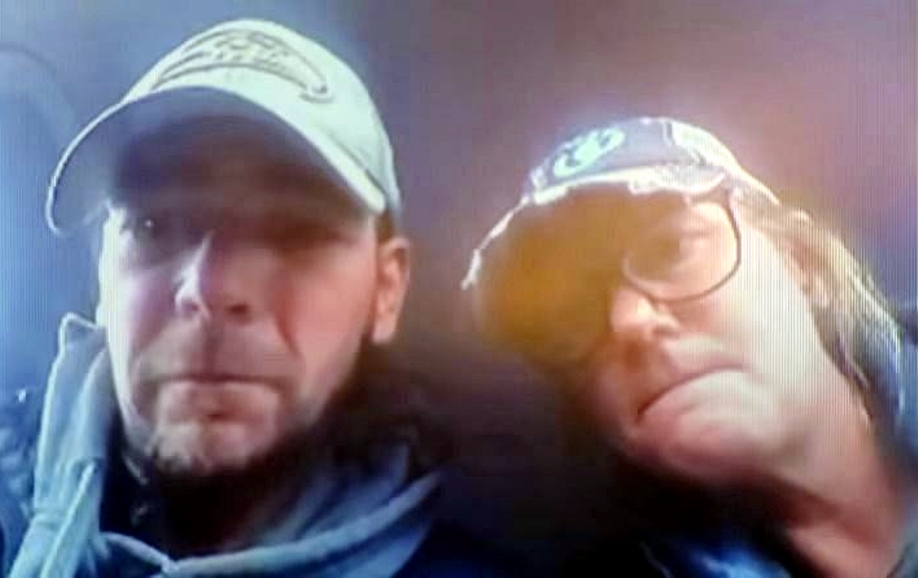 Perhaps most shockingly, Ethan Crumbley was permitted to return to class the day of the shooting despite a teacher having discovered he'd drawn a picture of a semi-automatic weapon and person bleeding with bullet wounds. Alongside the drawings were the phrases "the thoughts won't stop, help me," "blood everywhere," "my life is useless" and "the world is dead."

Summoned to the school for a meeting with their son and a counselor, Crumbley's parents "resisted the idea of him leaving" and Ethan continued about his day with the backpack where he was believed to have the weapon, McDonald said. He brought his backpack to the meeting and it was not searched.

"The facts of this case are so egregious," said McDonald. "The notion that a parent could read those words and also know that their son had access to a deadly weapon that they gave him is unconscionable and I think it's criminal."

The investigation is ongoing. McDonald did not say, and was not directly asked, whether anyone with the school might face charges.

Despite the Tuesday meeting, Crumbley's parents did not ask whether he had the weapon purchased for him four days earlier, McDonald said. Instead, at 1:22 p.m. — a half-hour after the violent spree — his mother allegedly texted him "don't do it," while his father fifteen minutes later called 9-1-1 to report the missing gun and say he believed his son may be the shooter.

Ethan and James Crumbley were together when James bought the gun at Acme Shooting Goods in Oxford and subsequent social media posts suggested the weapon belonged to Ethan, McDonald said. Allegedly, the teen posted "just got my new beauty today, Sig Sauer 9 mm," while his mother posted a photo that described the gun as his Christmas gift.

Several days before the weapon was purchased, school officials tried to contact Crumbley's parents because he'd been searching  for ammunition on his phone, McDonald said. The parents did not respond to the school's call and email. Instead, Jennifer Crumbley texted her son: "Lol, I'm not mad at you. You have to learn to not get caught."

Jennifer Crumbley is a gun proponent who expressed support for the Second Amendment in a 2016 open letter to then-president elect Donald Trump.

"As a female and a Realtor, thank you for allowing me my right to bear arms," she wrote several days after casting a ballot for him. "To be protected if I show a home to someone with bad intentions."

McDonald did not specifically say whether the school had the responsibility to dismiss Crumbley on Tuesday or treat his drawings as a threat and cancel classes.

She spoke in broad terms when asked about the school's role, saying "Any individual who had the opportunity to stop this tragedy should have done so. The question is what did they know and when did they know it." She later added that while she too is angry with the school's response, "that doesn't mean there's a criminal culpability."

It's unclear exactly who knew what and when. While a teacher took a photo of the cryptic drawing, Crumbley had scratched out its various components before he was taken by the school counselor to the meeting with his parents. At the meeting, Crumbley's parents were told to put Ethan in counseling within 48 hours.

The school never contacted police about the teen before the shooting, Oakland County Sheriff Michael Bouchard said earlier this week.

"And that is unconscionable," she said in an interview Thursday night on WDIV. "So, it's just not enough to charge this shooter." 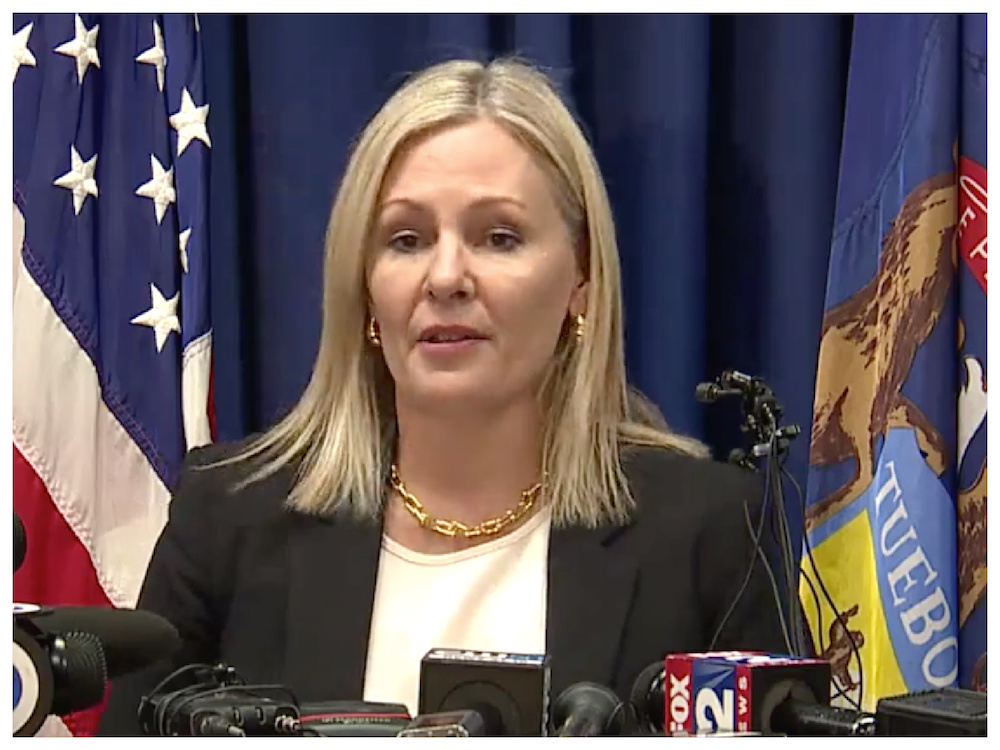 She said she's looking at whether the gun was purchased for the shooter and "did the parents have any reasonable idea that he may use that weapon to hurt other people?" Law enforcement has reported that the father purchased the 9 mm pistol four days before the shooting.

McDonald also believed that the shooter had the gun in his backpack when he and his parents met with school officials who were concerned about his behavior. He was allowed to return to class.

School Superintendent Tim Throne, in a YouTube video, said there was no reason for action after meeting with Crumbley and his parents in the morning, hours before the shooting.

"No discipline was warranted," he said. "There are no discipline records at the high school. Yes, this student did have contact with our front office, and yes, his parents were on campus Nov. 30. I will take any and all questions at a later time. But that’s not now."

He said "this school is a wreck. It’s a war zone," adding that it will be weeks before the building is ready for students and staff to return.