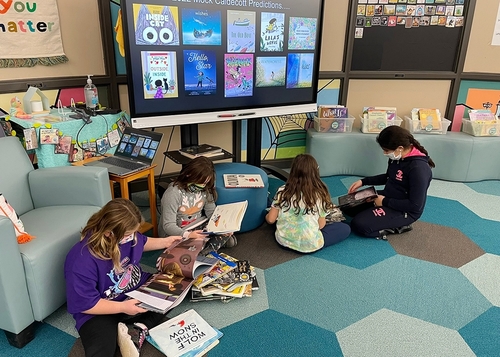 A number of Metro Detroit school districts, many in Oakland County, canceled classes Thursday in the wake of the Oxford shootings and social media threats that police call copycat pranks.

♦ Update: By Thursday morning, the list had grown to 31 districts.

Sheriff Bouchard says there have been "hundreds" of school threats on social media but none has been credible.

This additional update is from a WDET senior producer:

Royal Oak Schools, which did not close today, has canceled classes tomorrow. District sent out email to parents saying there still are “no known credible threats.” Decision was “based on talking with and listening to staff and students today at this highly stressful time” @wdet

The actions come after "a general threat made against high schools in [Oakland] county," says a post from Avondale High School in Auburn Hills, which shut Wednesday due to a threat. "The threat has been circulating on social media and was very general in nature."

That prompts a Michigan State Police warning and request for parental reminders:

Parents remind your kids that this activity will not be tolerated and will impact their lives. If you see or hear of these threats please contact your local police agency. You can also report them using the OK2SAY app or call 855.565.2729 or text 652729 3/

Rochester Community Schools issued an email to parents late Wednesday night, shortly before 11 p.m., saying classes and evening activities are canceled "out of an abundance of caution."

"There have been rumors circulating on social media indicating that other high schools may be at risk of experiencing a tragedy similar to the one that occurred recently at Oxford High School," said the message, also posted on Facebook. "At Rochester Community Schools, we take all threats very seriously. All rumors continue to be thoroughly investigated by our local law enforcement.

"Although there appear to be no credible threats at this time, we are pausing in-person and virtual learning for the day out of an abundance of caution." 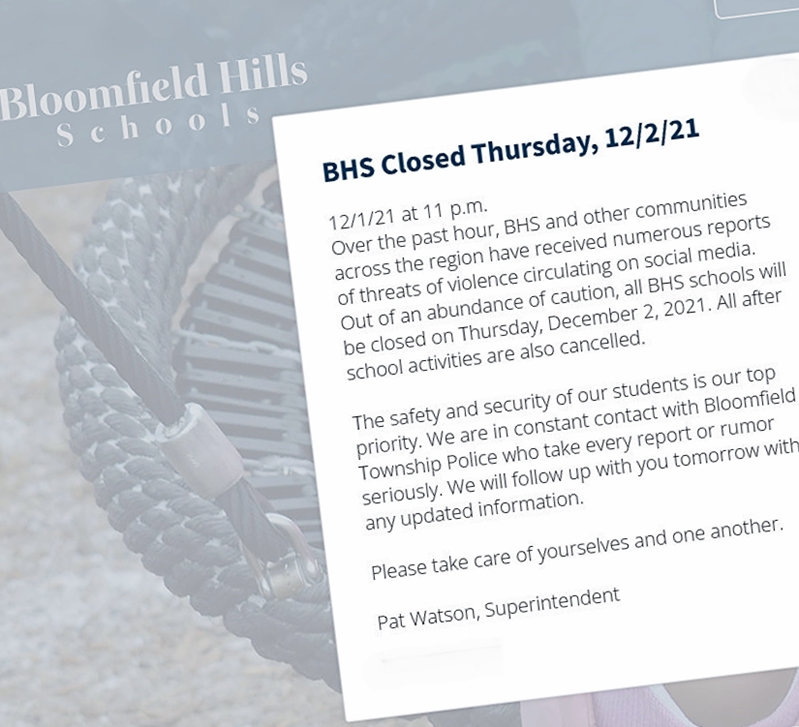 Bloomfield Hills Schools posted a similar note at 11 p.m., saying: "The safety and security of our students is our top priority. We are in constant contact with Bloomfield Township Police who take every report or rumor seriously. We will follow up with you tomorrow with any updated information."

About 12:45 a.m. Thursday, Walled Lake Consolidated Schools issued a notice on Facebook: "We regret the lateness of this decision and appreciate your support."

The notices came one day after Oxford sophomore Ethan Crumbley, 15, went on a shooting rampage, killing four students and wounding six others and a teacher at his high school.

"We appreciate families encouraging their students to continue talking with a trusted adult if they see or hear something that doesn’t seem right," the message from the Rochester schools said.

One parent in the Rochester school district writes to Deadline Detroit:

"They say no credible threats but to cancel school so late (some kids get the bus at 6:45am!). Creates anxiety that there is something they are concerned about. Ugh."