Code dark red: How Michigan compares to neighbors and other states as latest Covid surge rages 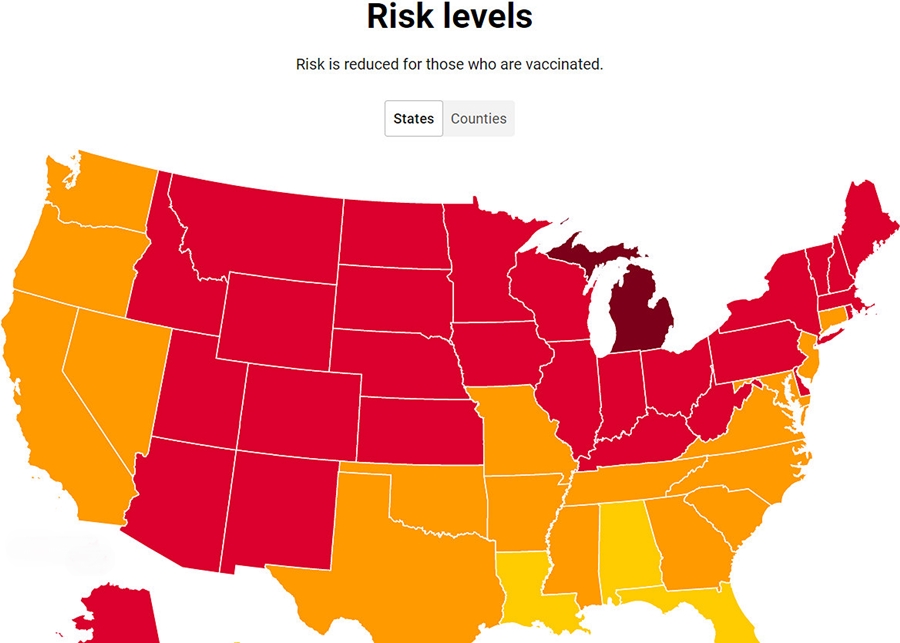 This map from a national Covid-tracking group shows Michigan as the only state considered a severe risk, the highest of five levels, because of our level of new cases, the vaccination rate and other factors.

No states are in the lowest-risk category, according to the Act Now Coalition, a San Francisco-based nonprofit created in March 2020. Three Southern states -- Florida, Alabama, Louisiana -- are at the second-lowest level (medium risk).

Yes, it has come to this: We're worse off than Florida and also at a higher risk level than Texas.

Hospital administrators and health officials in Michigan say a fourth surge is under way.

Michigan's per-capita daily rate of new pandemic diagnoses, now near 88 cases per 100,000 residents, is the highest nationwide, as we and other media reported this week. Accompanying graphics from the coalition's Covid Act Now project put that fact into visual context. 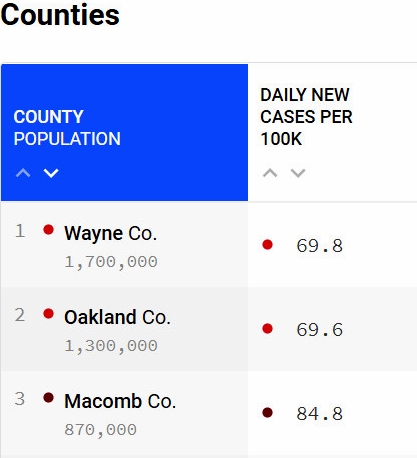 The initiative also compiles per-capita daily case rates at the county level, as shown at right for Metro Detroit.

The independent coalition, an education effort that says it wants to help help Americans "make informed decisions during crises," explains its methodology:

Three of these—daily new cases (incidence), infection rate and positive test rate—assess a location's overall risk level. The other three—ICU capacity used, % vaccinated and vulnerability—reflect a location's ability to protect itself and recover from Covid. ... 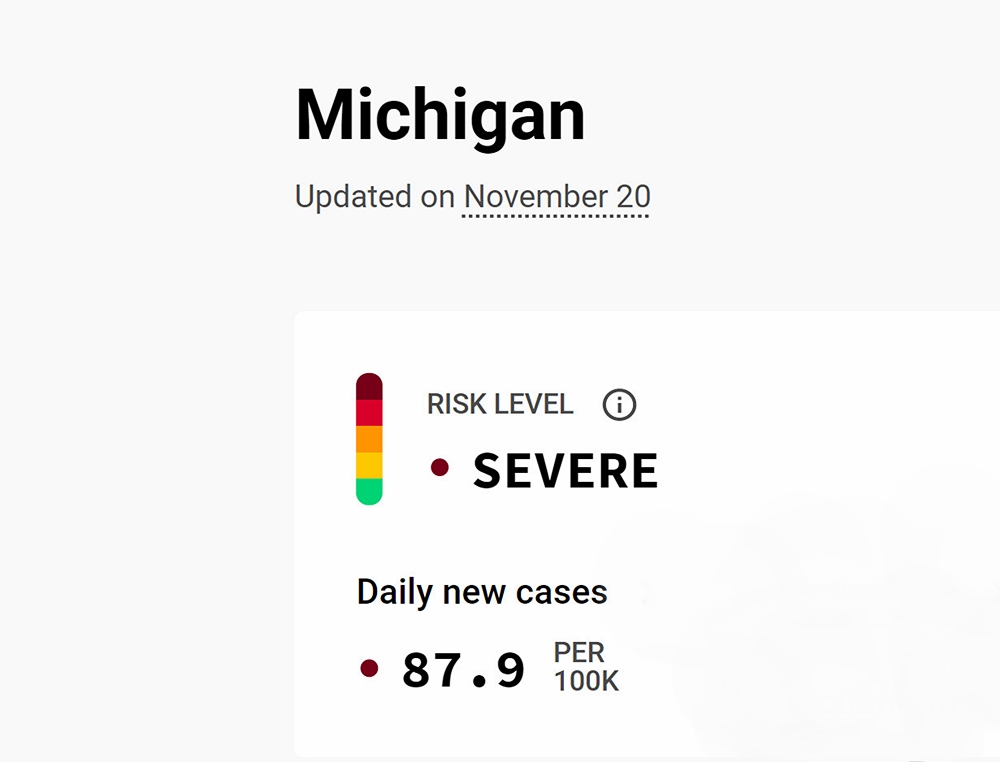 The four Midwestern states closest to Michigan (87.9 new daily cases per 100,000 people, as of Friday) are at the very high risk level:

"It is shaping up to be a marathon," Gilpin told Crain's Detroit Business recently.

"In August, we had a shallow, slow rise. Now its taking a steeper trajectory. We're going to be living in this world for the next couple of months and possibly through the winter. There is nothing to stop this in any meaningful way until we change our behaviors." 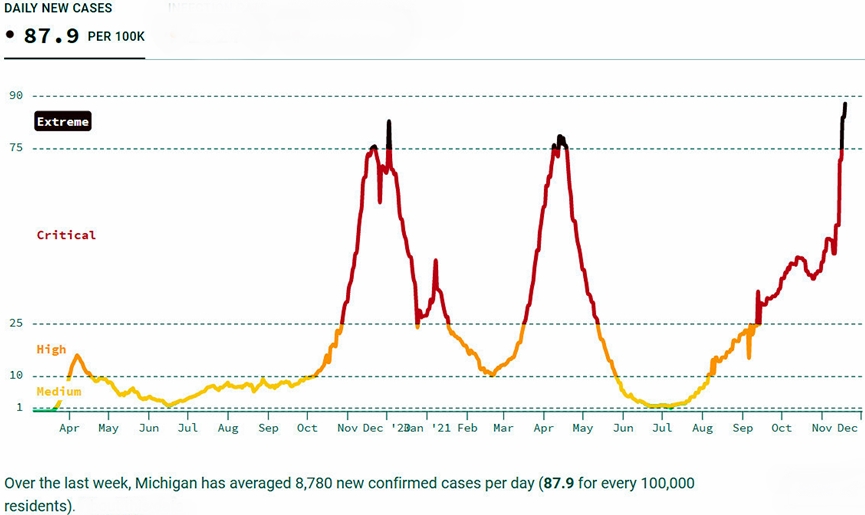