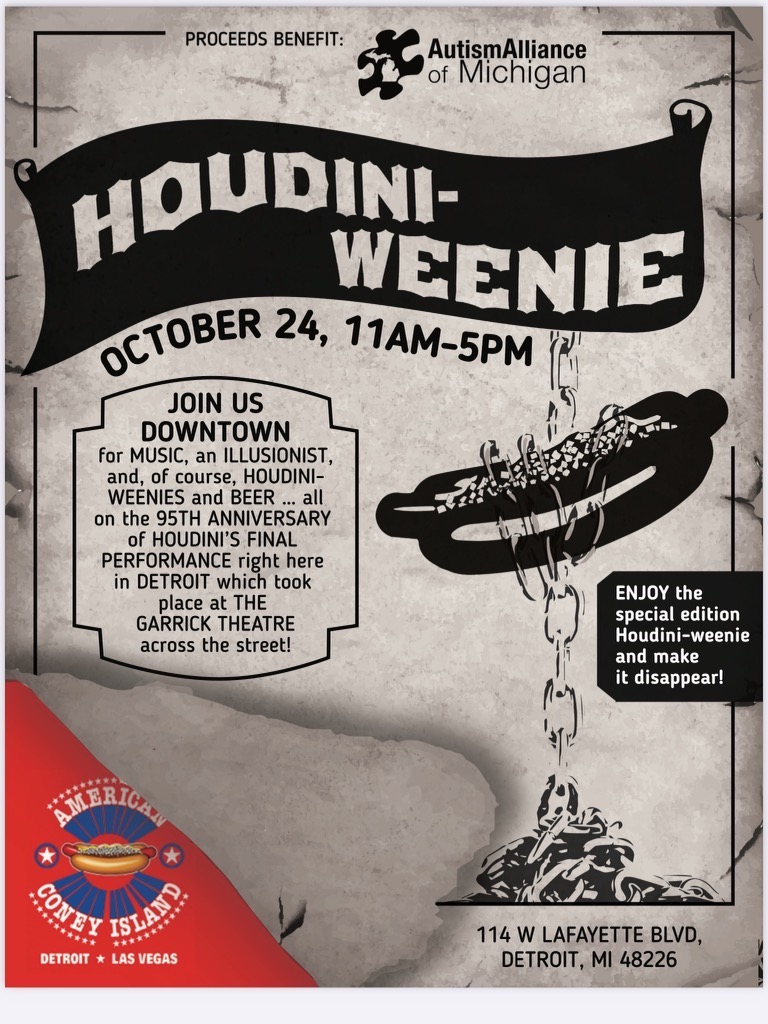 World-renowned magician and illusionist Harry Houdini showed up to perform at the Garrick Theatre in downtown Detroit on Oct. 24, 1926 with a 104-degree fever. He later ended up at New Grace Hospital on John R. where he died after an infection and ruptured appendix. He was 52.

The vacant theatre on Griswold, where Houdini performed for the last time two years before it closed, is roughly across from American Coney Island at Lafayette and Michigan Avenue.

Knowing that, Grace Keros, owner of the famed hot dog joint, decided to mark the 95th anniversary of his last performance from 11 a.m. to 5 p.m. Sunday by selling "The Houdini-Weenie" --  a $5.50 concoction in a bun with fries, a hot dog, ground beef, chili, mustard and onions.

Profits from the special item and other sales Sunday will go to the Autism Alliance of Michigan.

Keros says people started mentioning the anniversary of Houdini's last performance to her and suggested she mark the milestone. There will also be music and magic.

"It was time to have an event and raise money for a charity. It's been too long," she said.