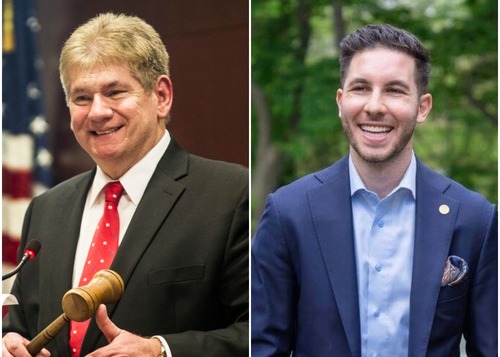 In the city of Dearborn, where nearly half of the population is of Arab descent, ethnic fault lines have emerged in the open-seat mayoral race. The Arab-American candidate encourages Arabs and Muslims to vote with references to "our community," and the white candidate promises to "end the division" and represent "all of Dearborn."

Woronchak's camp pounced on recent comments by Hammoud during a mosque visit, the Free Press reports:

Hammoud added that if he failed to advance in the August primary, "I will be the first to support the member from our community who does, and that's what we need. We need to come together and unify. ... But that only happens if we go out and we vote. If the Muslim community votes, if the Arab community votes, we will determine every single position in the whole city. It is that important. We need 6,000 votes to determine who will be the next mayor, 6,000 votes. There are several hundred in this room right now. And so inshallah ('God willing' in Arabic), with your support, we will be successful."

Woronchak clapped back with the above video, which features a new campaign logo and apparent slogan: "Gary Woronchak For All of Dearborn," with the word "All" underlined in print and emphasized in speech.

"I think if you want to be mayor of Dearborn and you refer to our community, you should mean all of our community, not just one group or one section of town," Woronchak said in the video. "It's time to end the division in Dearborn, whether it's cultural, geographic or political. ... I'm asking for your vote, to be mayor for all of Dearborn."