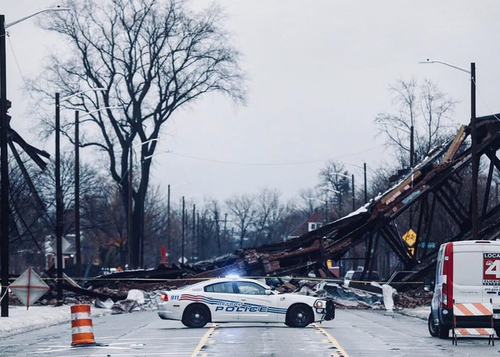 Detroit City Council is considering scrapping the incentives it afforded to the redevelopment of the Packard Plant with redevelopment looking unlikely, Crain's reports.

"The tax abatement that was awarded to support the project envisioned for this property is without a project," Luke Polcyn, deputy group executive for Jobs & Economic Growth in Mayor Mike Duggan's administration, told the (Planning and Economic Development) committee today.

The international investor who promised to eventually transform the decrepit Albert Kahn structure into "a mini city" nearly lost it to tax foreclosure earlier this year, 8 years after buying it on auction for about $400,000, Crain's reported. It's currently for sale, with Fernando Palazuelo telling Crain's pandemic-related financial difficulties at his umbrella business prevented him from moving forward with his grand vision.

Detroit officials committed to the project's first phase an Obsolete Property Rehabilitation Act (OPRA) and Brownfield incentive together reportedly valued at more than $8 million. It does not seem either were yet triggered; the Free Press reported in 2016 that Ferndando Palazuelo's Arte Express would be reimbursed by the Brownfiled only once cleanup was complete and OPRAs only kick in once the taxable value of a property increases.