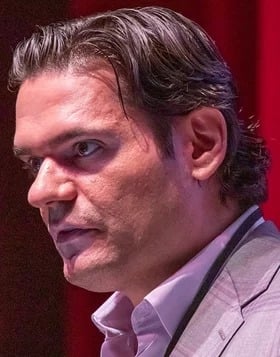 Viktor Gjonaj
An ex-Troy commercial real estate broker and investor Viktor Gjonaj tried to beat the system. Instead, he's off to prison.
In June 2016, Gjonaj thought he'd discovered a guaranteed way to win huge jackpots in the Michigan Lottery Daily 3 and 4 games by substantially increasing the times he played and amounts he spent. By 2017, he was losing more than winning and more than he could afford, authorities said.
So, Gjonaj, founder of the now-defunct Imperium Group LLC real estate company, devised a scheme to get money from investors so he could continue playing the Lottery. He convinced them to invest in what turned out to be non-existent real estate deals. To make the deals look legit, he created a fake title company and instructed the people to wire transfer money into the bank account of the bogus company.
By early 2019, Gjonaj was betting over $1 million a week on Michigan Lottery games using money fraudulently obtained from victims. In August 2019, Gjonaj’s scheme to defraud unraveled,
resulting in over $23 million in losses to victims, authorities said.
On Wednesday, U.S. District Court Judge Linda Park sentenced the 44-year-old to 4 years and 5 months in prison. She also ordered him to make $25 million restitution to his victims and forfeit $19 million.