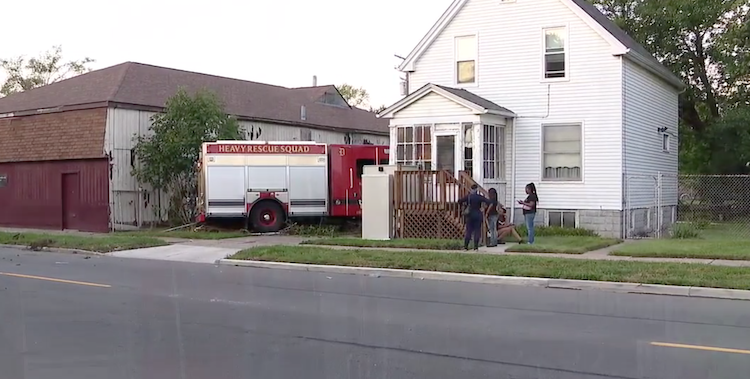 The truck crashed into a home after colliding with the Mercedes.

Four Detroit firefighters and a motoritst were injured Monday evening when a fire truck crashed into a Mercedes Benz on the way to an apartment fire on the city's east side, Fox 2 reports.

After colliding with the car, the fire truck ran into a home.

A Detroit fire captain was ejected from the truck and the woman who was driving the Mercedes had to be removed from the car using the jaws of life, Fox 2 reports. She was reported in serious condition. The captain and the other three firefighters are expected to be OK.

No one appeared to be hurt in the home.

The incident happened around 5 p.m. at Forrest and McClellan. The fire ended up being a minor one with no injuries.

The crash is under investigation.