"Just when I thought I was out, they pull me back in" -- Al Pacino in The Godfather 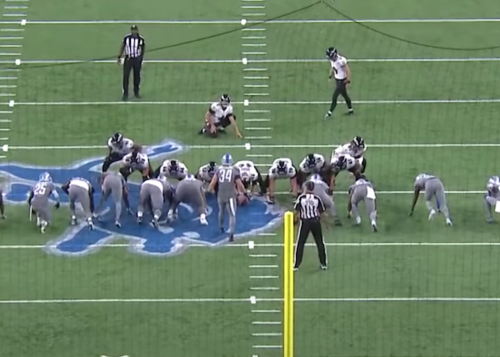 The kick of all kicks.

Let's not kid ourselves. As much as some of us try to keep our emotional distance from the Detroit Lions, and expect the worse, they find a way to pull us back in and tap into our inner hope.

Sunday at Ford Field was such a day.

Detroit News columnist Bob Wojnowski sums it up in his column titled: "Against all odds, Lions find yet another excruciating way to lose."

No way, that’s what they thought. No way could the ball be kicked that far, or could the Lions be kicked that hard, harder than they’ve ever been. This was the all-time of all-timers, the game that makes the mythical seem real, and forces Lions fans to curse curses.

It took a series of improbabilities for the Lions just to get in position to stun the Ravens. And then it took a series of impossibilities for it to disappear, the type of ghastly ending they couldn’t imagine until it happened. Baltimore’s Justin Tucker drilled an NFL-record 66-yard field goal on the final play to crush the Lions 19-17 and silence the roaring Ford Field crowd.

Lions' Romeo Okwara and Charles Harris stunned after the Ravens' Justin Tucker kicked a 66 yard field goal to win the game,19-17. The kick itself wasn’t even the biggest improbability, arguably. Tucker is one of the best ever, and drilled a 61-yarder in the same building in 2013 to beat the Lions 18-16. The bouncing ball was a bigger improbability, off the crossbar, straight up, then tumbling through. And perhaps most improbable of all was the fourth-and-19 the Ravens converted moments earlier from their own 16, when a coverage breakdown left Sammy Watkins wide open for a 36-yard reception.

The Lions made tactical errors, physical errors and mental errors, so they don’t get to hang this on the bad-luck hook. Yet for all their misdeeds, this was particularly cruel punishment.