DTE vows to fight more power outages, not by burying wires, but hacking at trees

In this summer of storms, the stories have become as familiar as a losing Lions season: A front moves through the region, thousands lose power, and the utility gets to work making repairs. Then the complaints start. Why is it taking so long? Why does this happen so often? Why can't DTE bury its lines so every stiff breeze doesn't threaten a blackout? DTE responds with sympathies, then explanations why it can't do that. And the cycle continues. 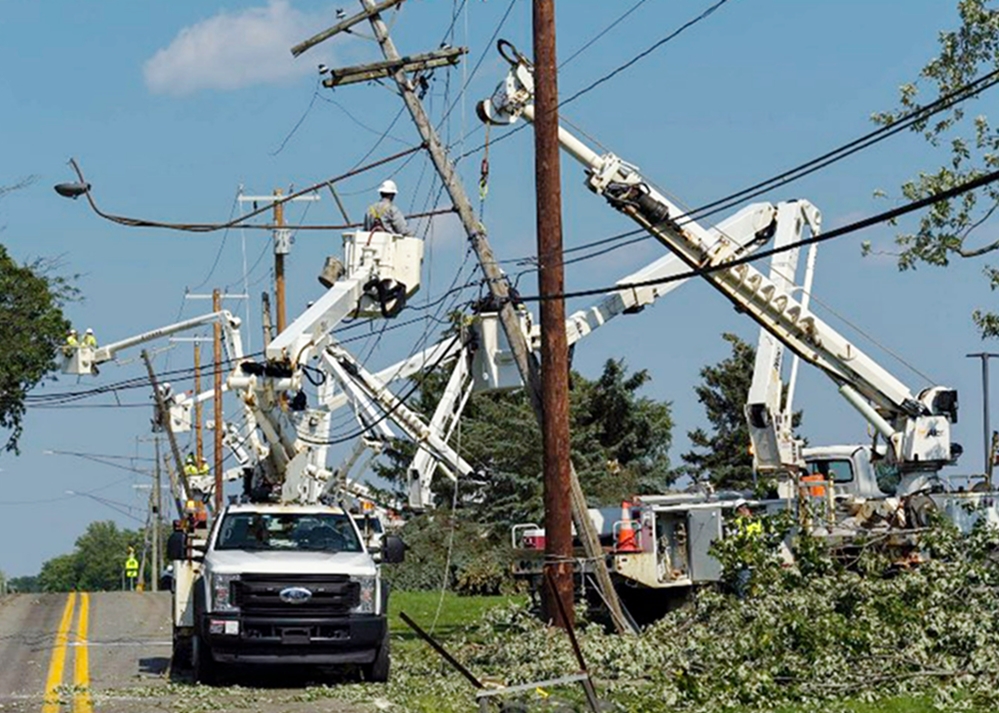 But this week the utility unveiled a bold new plan to really address the problem. Spoiler alert: It involves chainsaws.

In its announcement, DTE said trees are responsible for almost all of the time DTE customers are without power during extremely high wind events. But in areas where trees have been trimmed, outages were down, on average, 60%.

(DTE President and CEO Jerry) Norcia said the company "tripled our tree-trimming effort and doubled our infrastructure upgrades several years ago," when it began to see more severe weather patterns. However, he added, the weather the state faced this summer "is something we have never experienced.”

The company pledged to hire and train more line workers and tree trimmers, and accelerate trimming work in its service area.

DTE has been under fire all summer, not only for poor service, but for its lavish executive compensation and its relatively paltry $100 credits for households that lost power for days, and its lack of responsiveness to consumer complaints.