Ron Lipson is not in any way a scrapper, but he’s known a few. 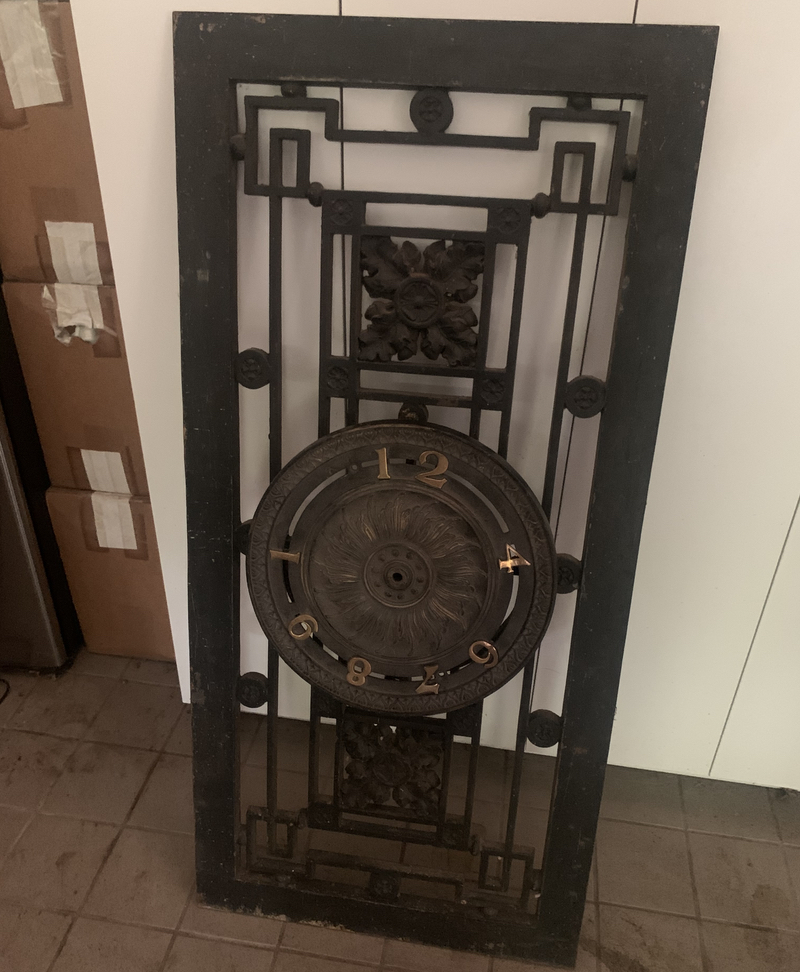 The businessman from Orchard Lake loves architectural salvage items, and has worked them into his life and home – a 1947 soda fountain, a working elevator and drinking fountain from the old Hudson’s store, that sort of thing – and has acquired almost all of them legitimately.

There are a couple items of, shall we say, uncertain provenance, purchased from guys whose attitude suggested one shouldn’t ask too many questions. Like the eyebrow windows of TIffany glass and designed by Louis Comfort Tiffany himself, that were taken from the Farwell Building in downtown Detroit's Capitol Park. And there is a wrought-iron elevator transom, i.e., the setting for the dial that tells you what floor the car is on, wrenched from the Michigan Central Station when the building was open and overrun with scrappers.

When he comes into possession of one of these items, Lipson hangs on to it. When the Farwell Building was being restored, he offered the windows, free of charge to the contractors who were doing the job. They expressed interest, then stopped returning his calls; Lipson doesn’t know why, but figures it had something to do with the cost of restoring minor damage when the panes were originally stolen.

Lipson made the same offer to Ford Motor Co. when they started restoring the train station, but this time, they took him up on it. 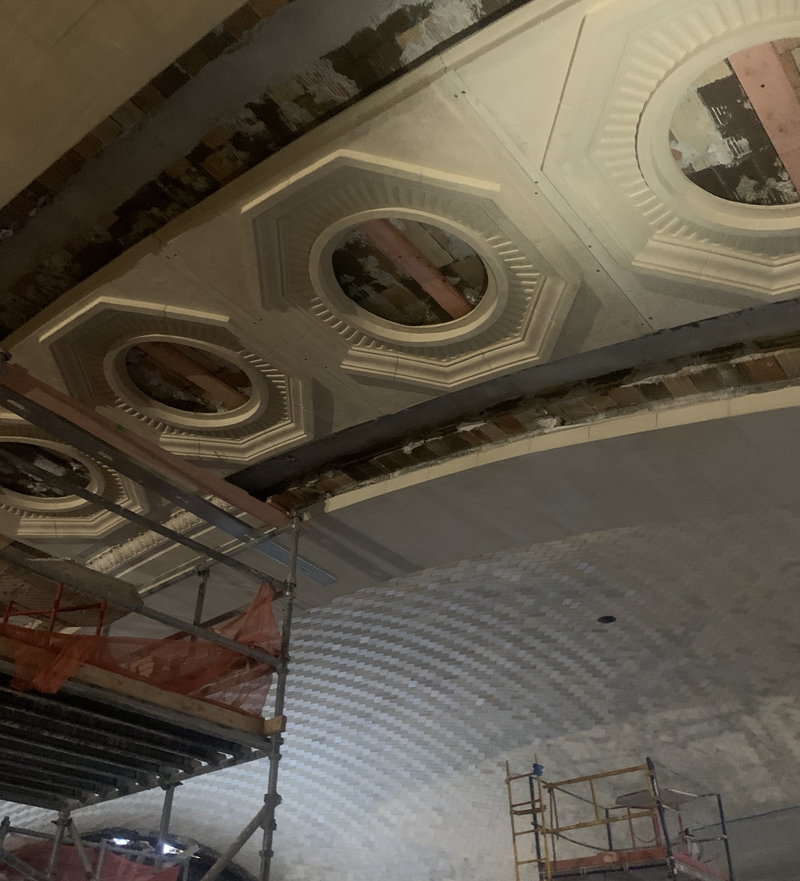 Lipson only had one elevator transom, though, and there is more than one elevator in the station. He was told the original, which he paid $1,200 for in 1998, would be used as a model to make reproductions, a common workaround in modern restoration work. Original scraps, or even photographs, can be used as models for new ones, using 3D scanning. To the naked eye, the new transoms will look indistinguishable from the original, which will go somewhere else (Lipson doesn’t know where) in the building.

Now over a century old, the Michigan Central Station stood for years open, abandoned and the most visible symbol of Detroit blight and decline. Every documentary or news account of the troubled city featured a shot of the 18-story building, often with sunlight streaming through it, underlining the ruin and lack of windows. But at its dedication, it was a work of art, as Historic Detroit describes it:

Covered by Guastavino tile vaults divided by broad coffered arches, the waiting room was decorated with marble floors, bronze chandeliers, gargantuan 68-foot Corinthian columns, and three arched 21-by-40 foot windows flanked by four smaller windows ornamented with lovely wrought iron grilles. "The grandeur of the interior is something that will be lasting, for it is of marble, brick and bronze, all of this is set off by one of the best lighting schemes ever installed in a building," the Free Press wrote in December 1913.

As thanks for Lipson’s generosity, Ford officials expressed gratitude – “We are grateful to those who have returned Michigan Central artifacts to Ford. These returned items are helping us preserve the history of the building and restore it to its original grandeur,” said Ford archivist Lauren Dreger – and he was given a tour of the work in progress.

The Guastavino tile is being painstakingly restored, Lipson said, and “every detail is replicated or restored.”

In this case, with a little help from its friends.